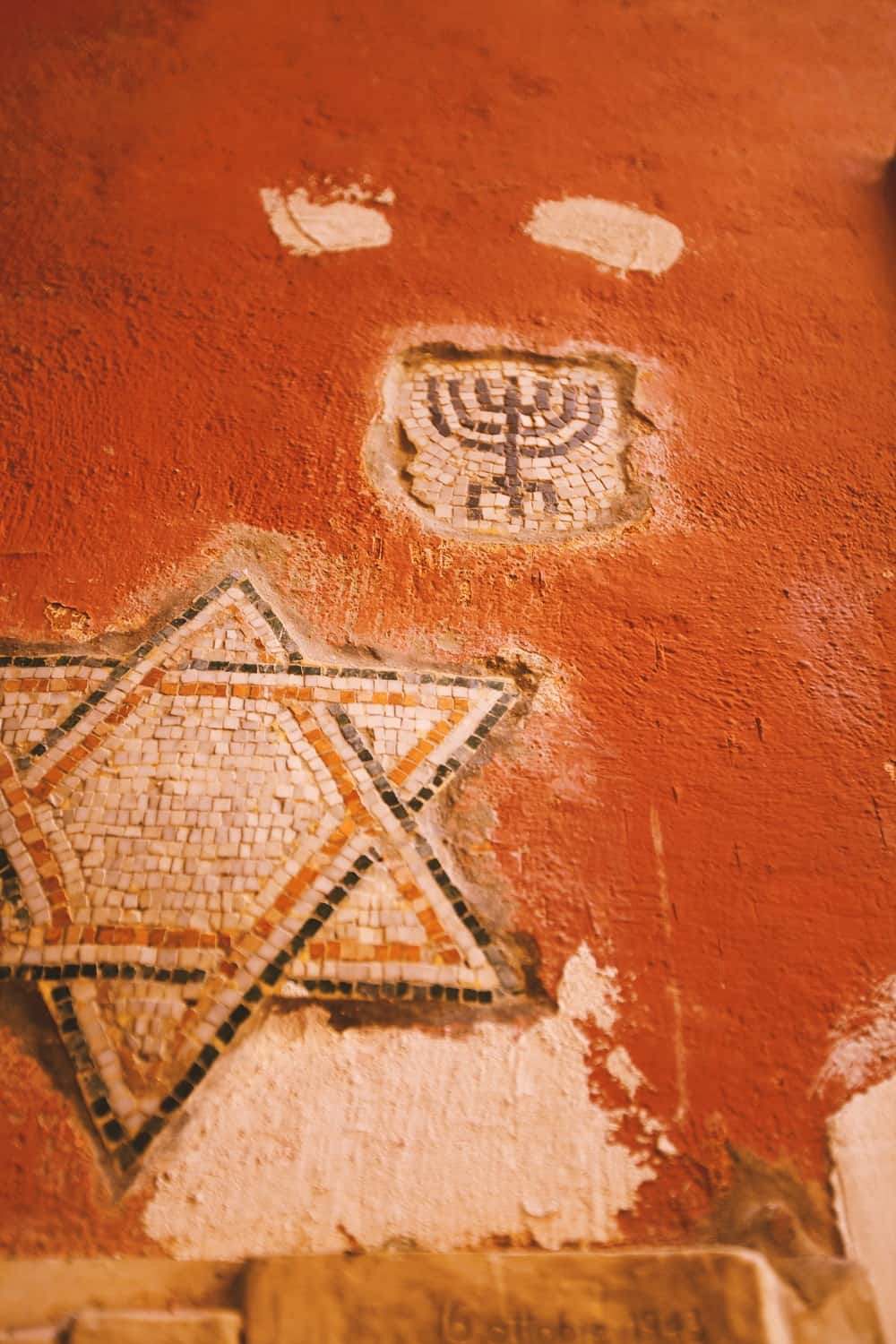 Did you know that there is one place in the world where Jews are not considered Sephardic or Ashkenazi? Unlike most of their European counterparts, most of Italy’s Jews came directly from ancient Israel. Deep in the heart of Rome, as far back as the second century BC, the oldest Jewish community took hold and began to flourish in what is now known as the Jewish Ghetto.

The Jews of Rome were subjected to many hardships. They were forced to live in tiny, flood-prone areas, wear identifiable clothing (such as cone hats with bells), forbidden to associate with Christians, and made to attend Sunday church services (although many stuffed their ears with wax or cotton so as not to hear the sermons). However, the most tragic blow to Rome’s Jewish community came on October 16, 1943, when about 2,000 of the area’s 7,000 Jews were rounded up and sent to concentration camps. Only 16 survived.

Today, the Jewish Ghetto provides a fascinating and little-known perspective on the enormous impact that Jews have had in shaping the Eternal City of Rome. This Passover, consider taking a trip back in time to the birthplace of European Jewish culture.

Begin your journey by descending beneath the Great Synagogue to the hidden Jewish Museum of Rome to learn about the history of the Ghetto told through ancient artifacts and artwork. The museum follows the story of the Jews in Rome, dating back to the time of Judas Maccabeus. A few hours here will help give you the context you need to fully enjoy the rest of your time in the Ghetto.

After visiting the museum, come upstairs to explore the Great Synagogue, the largest of the thirteen synagogues in Rome. The synagogue is a tribute to the resilience of the Jewish population in Rome. Construction on it began after the unification of Italy in 1870 when Rome was captured, the 300-year-old walls around the Jewish Ghetto were demolished, and the Jews were finally given equal rights as citizens of the Republic. Today, the Synagogue not only serves as a house of worship but also as the cultural and organizational center for the Jewish community of Rome.

There are few better places to show the merging of Roman and Jewish history than the Teatro Marcello. Named after Marcellus Marcus, the theater was begun by Julius Caesar. Construction was completed by Emperor Augustus in 13 BC.

Slip into one of the seats and imagine yourself as one of the 20,000 spectators who came to this open-air theater to view Jewish theatrical performances. Get a glimpse of the posh apartments above, where some of Rome’s oldest Jewish families still live.

Although it isn’t connected to the city’s Jewish history, the Bocca della Verita is a must-see attraction. The eerily shaped image etched in marble has a mysterious past. If you’re feeling brave, whisper a secret into the sculpture and place your hand in its mouth. But, make sure you’re telling the truth! Back in the Middle Ages, the Romans believed a lie told while your hand was in the sculpture’s mouth, would get your hand bitten off!

However you decide to spend your time in the Roman Ghetto, you will leave with a deeper understanding of the history and mysteries of the Jewish community of Rome. Want to learn more about our Passover vacations in Italy for 2020? Check out what’s scheduled or contact Leisure Time Tours to book your trip!