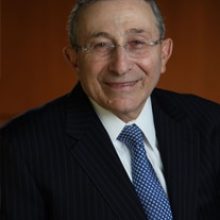 RABBI MARVIN HIER is the founder and dean of the Simon Wiesenthal Center & Museum of Tolerance. In 1977, Rabbi Hier came to Los Angeles to create the Simon Wiesenthal Center, named in honor of famed Nazi hunter, Simon Wiesenthal. Under his leadership, the Center has become one of the foremost Jewish human rights agencies in the world, with a constituency of more than 400,000 families, and offices throughout the United States, in Canada, Europe, Israel and Argentina. In 1993, an article in the Los Angeles Times noted that Rabbi Hier had made the Wiesenthal Center, “the most visible Jewish organization in the world” and, in 2007, and again in, 2008, an article in Newsweek named him the “Most Influential Rabbi in America.”