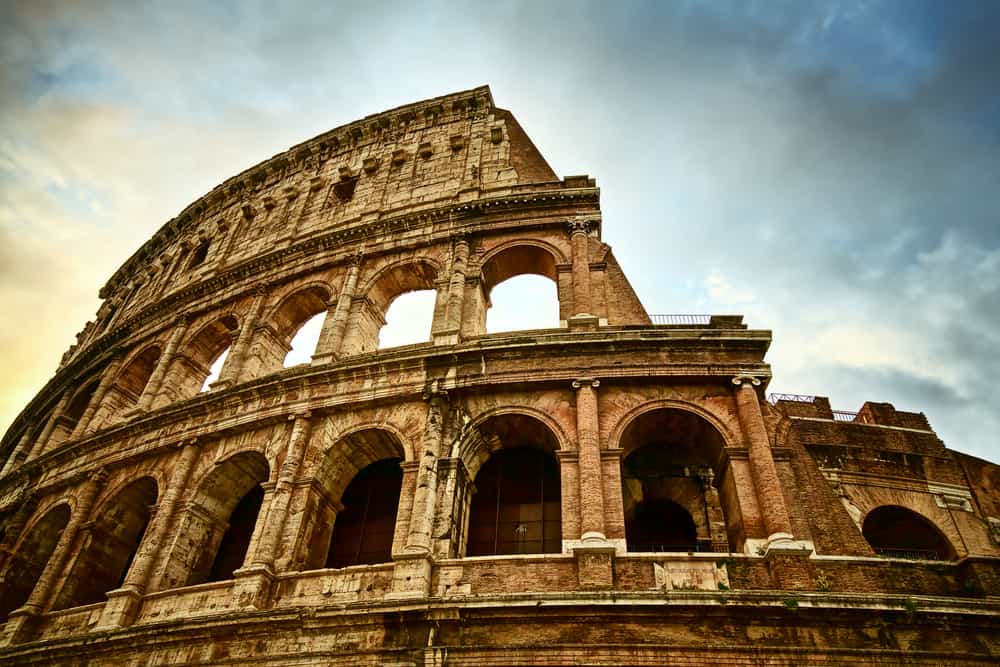 You might be surprised to know that almost 22 centuries ago, Rome became the first European city where Jews lived.  Although most of the Jewish sites in Rome are in or around the Jewish Quarter, also known as the Jewish Ghetto, many of the common attractions outside the Quarter, including the Colosseum and Titus Arch, as well as the Vatican, are intertwined with Jewish history.  As with most Jewish communities, both in Europe and throughout the world, the Roman Jews have had periods of peace and safety, followed by periods of upheaval and persecution.

Today, Rome has a thriving, vibrant Jewish community, with many kosher restaurants and hotels and B&B’s, and several synagogues with regular services.  There are also a number of historic Jewish landmarks.  No trip to Rome is complete without a tour of the Jewish Quarter, including the Great Synagogue of Rome, also known as the Spanish Synagogue, along with the Jewish Museum of Rome.

The Jewish Quarter borders the Tiber River.  It was a walled-in swampy area until the mid-1880’s and is now one of the most desirable areas in Rome.  This is the starting point of most Jewish walking tours in Rome.  No visit to the Quarter is complete without a trip to the Great Synagogue of Rome.  It is fairly modern, built as part of the renovations of the Jewish Quarter, in the early twentieth century.  It is the largest synagogue in Rome, and houses the Jewish Museum of Rome (Museo Ebraico di Roma).

The Museum depicts the history of the Jews in Rome and in the Jewish Ghetto, and contains a wonderful display of memorabilia of the Roman Jewish, including silverware, parchment and Judaic carvings.  You can see more Judaica in Kiryat Sefer, a Jewish bookstore which displays maps of the Quarter before the walls were torn down, as well as the present-day modern area.

The Teatro Marcello is another landmark destination.  It was named after Emperor Augusta’s nephew, Marcus Marcellas, and is also known as the Jewish Coliseum, as it resembles the original Colosseum, which was built by 20,000 Jewish slaves after the destruction of the Second Temple in Jerusalem.  The theater has performances throughout the summer and also houses beautiful apartments on the top floors, where many of the oldest Jewish families in Rome live.

After your tour, be sure to take advantage of the numerous kosher restaurants, and cafes that have sprung up in the Jewish Quarter, and savor the cuisine of the Roman Jews.