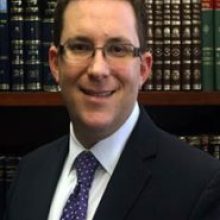 Rabbi Eric Grossman has earned a reputation as an original, fascinating and thought-provoking teacher and lecturer. He is Head of School at The Akiva School in Montreal. Rabbi Grossman studied in the department of Near Eastern and Judaic Studies at Brandeis University, Yeshivat HaMivtar, and York University, where he received a degree in religion. He was a fellow at the Institute for Advanced Studies at the Hebrew University of Jerusalem, and is a two-time recipient of the Hebrew University Bible Prize. Rabbi Grossman lectures widely at universities, federations, synagogues, and academic conferences in the United States and Canada. Rabbi Grossman is the author of a grammar of Biblical Hebrew, and has published numerous articles on Tanach and on Jewish education in scholarly and popular journals.