We are pleased to announce that our New York Pesach Program this year will take place at the newly renovated Hilton Westchester (formely the Rye Town Hilton), in Rye Brook, New York. A mere 30 minutes from Manhattan, this luxury hotel is set amidst 45 acres of verdant green landscape and gardens that invite guests to explore its beautiful grounds. The hotel has completed an impressive $30 million dollar extensive renovation which included all spacious and elegant guest rooms and suites. Brand new lobby and outdoor area have a stunning modern decor. All rooms have been upgraded with luxurious amenities including a 42″ LCD flat screen TV. Relax at the indoor swimming pool or whirlpool, get a workout in the state-of-the-art fitness center, or enjoy a game of tennis at the indoor tennis complex.

On Chol HaMoed, we will be offering an early Shacharit minyan, early breakfast, boxed lunch, and complimentary transportation to and from the Metro North Station.Once again, Prestige Caterers, one of America’s premier Glatt Kosher caterers, will be coordinating our outstanding cuisine under the Glatt Kosher supervision of the ORB. Whether in our dining rooms, tea rooms, or buffets, a large variety of impressive delights await your dining pleasure.

Our daily religious services, captivating lectures, professional day camp & infant care, teen program, as well as our star-studded live entertainment are better than ever and worth anticipating.

If you are looking for the finest Pesach program with the closest proximity to New York, the Hilton Westchester should be your choice. Rabbi Dr. Edward Reichman is a Professor of Emergency Medicine and Professor in the Division of Education and Bioethics at the Albert Einstein College of Medicine of Yeshiva University, where he teaches Jewish medical ethics. He received his rabbinic ordination from the Rabbi Isaac Elchanan Theological Seminary of Yeshiva University and writes and lectures internationally in the field of Jewish medical ethics. He is the recipient of a Kornfeld Foundation Fellowship, and has been a member of the advisory boards of the Institute for Genetics and Public Policy, the New York Organ Donor Network, the Halakhic Organ Donor Society, and the Rabbinical Council of America. He has been a mentor of the Medical Ethics Society of Yeshiva University since its inception. His research is devoted to the interface of medical history and Jewish law. 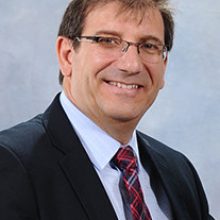 Rabbi David Marcus is a Musmach of Yeshiva University and holds various graduate degrees in psychology and education. Rabbi Marcus served as the rabbi of the Young Israel of Lawrenceville in New Jersey and has been teaching informal and informal settings worldwide for the past 30 years.He has authored several Torah publications and posts a popular weekly Torah column on the web. Over the past few years he has also enriched the lives of hundreds of students through his shiurimat Nishmat, Midreshet Tzvia, Yeshivat Hakotel and Machon Meir. He has been a rabbi for Leisure Time Tours Pesach programs for the past 26 years.

Rabbi Marcus is the Senior Development Officer of One Israel Fund and has served as the Executive Director the Efrat Medical Center. He is now spearheading the development of the new Binyamin Medical Center. His professional responsibilities bring him to the United States on a regular basis. Rabbi Marcus, his wife Marcy and their five sons reside in Efrat, Israel. 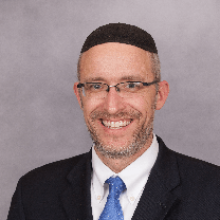 Rabbi Gedaliah Jaffe has been the Rabbi of Congregation Ahavas Yisrael in Edison, New Jersey since 2008. A native of California, Rabbi Jaffe holds a BA from Yeshiva University in Music and was ordained by the Rabbi Isaac Elchanan Theological Seminary (RIETS) of Yeshiva University. Rabbi Jaffe has been active in a wide range of communal outreach and charitable causes with a special interest in the needs of high school and college students. Additionally, he has lectured widely in the tri-state area as a scholar-in-residence. He is an instructor of Judaic Studies at the Frisch School in Paramus, NJ, as well as an avid musician with a keen interest in Chassidic philosophy. 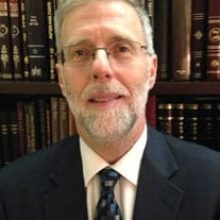 Rabbi Hillel Lichtman grew up in Elizabeth, N.J. and attended Touro College where he earned a B.A. in Psychology. He learned in Israel for several years at B.M.T., Maaleh Adumim, Kerem B’Yavneh and Yeshiva University’s Gruss Kollel. While studying for Semicha at Y.U. Rabbi Lichtman was involved in kiruv activities in which he served as a madrich for students of all ages in Israel, Australia, Canada, New Zealand and Hawaii. In addition to Semicha, Rabbi Lichtman has an M.A. in Clinical School Psychology from the City University of New York and has worked as both a School Psychologist (in Israel and New York) as well as Israel Advisor at HAFTR.

Rabbi Lichtman has been a Jewish Studies instructor at HAFTR H.S. for over twenty years where he teaches Chumash, Gemara, and Hebrew Language. He also teaches classes in basic Judaism to Jewish public school students. Rabbi Lichtman lives in Queens, N.Y. with his wife Sima and their four children. Shmuel Reichman is an inspirational speaker who has lectured internationally at conferences, shuls, and Jewish communities on topics of Jewish Thought and Jewish Medical Ethics. He is the founder and creator of “Shmuel Reichman Inspiration: Think. Feel. Grow,” a platform from which he shares inspirational Torah videos that have reached over one hundred thousand people.

Shmuel writes a weekly Jewish thought column for the Queens Jewish Link, The Jewish Weekly, and several other Jewish newspapers. He also delivers weekly lectures at the Lincoln Square Synagogue and previously served as the Educational Director of NCSY’s Hatzalah program in Israel. 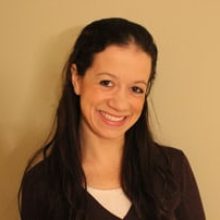 Mrs. Miriam (Krupka) Berger currently serves as chair of the Tanakh Department at the Ramaz Upper School in Manhattan, NY, where she has taught Tanakh and Jewish Thought since 2006. In addition to her role in the classroom, she shapes Judaic Studies curriculum, teaches interdisciplinary seminars, and is heavily involved in student Israel Guidance and the student AIPAC group. Mrs. Berger received her B.S. in Finance from the Sy Syms School of Business at Yeshiva University and an M.A. in Modern Jewish History from the Bernard Revel School of Jewish Studies. She recently completed an M.A. in Jewish Philosophy from Columbia University where her thesis work focused on the messianic writings of Isaac Abarbanel. Mrs. Berger has lectured widely to adult audiences in a variety of venues including Manhattan Jewish Experience, The Jewish Center, Lincoln Square Synagogue, Agudath Sholom of Stamford and Yeshiva University’s Midreshet Yom Rishon. Mrs. Berger currently lives in Washington Heights, NY with her husband, Dr. Ari Berger. Paul Gelb received his J.D. from Columbia Law School and Smicha and an M.A. in Modern Jewish History from Yeshiva University. Paul has litigated in federal and state court, including the Supreme Court, for 20 years. He has spearheaded strategies to help agunot and successfully helped establish several organizations dedicated to this cause. He currently sits on the executive

board of the Organization for the Resolution of Agunot (ORA). Paul actively combats the BDS movement and litigates for organizations on a pro-bono basis, including a case currently pending before the Ninth Circuit Court of Appeals. Paul is active in his community in Los Angeles where he speaks frequently on issues of Jewish and general interest and where he lives with his Chana Meier Gelb is a clinical psychologist in private practice in Los Angeles. Dr. Gelb believes that, through insight, individuals will gain understanding into why they think and feel the way they do, and this can lead to positive change. In addition to her private practice, for the past three years, Dr. Gelb has worked as a consultant for the USC Survivors of the Shoah Foundation where she spearheaded a program to facilitate widespread access to Holocaust video

testimony, including in yeshiva day schools. Chana leads fundraisers and city-wide educational programs for national organizations including Nishmat, Matan, Bnei Akiva, RZA, and NCSY, as well as for her community’s schools and shuls. Chana lives in Los Angeles with her family. 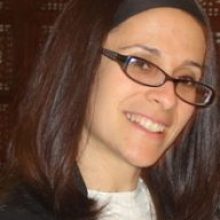 She currently owns Mekor Fitness LLC, a Central NJ Women’s Fitness & Wellness company. Marla is a Physical Education & Dance instructor at many NY/NJ yeshivas and nursery schools and has offered programming at many camps, travel programs, Pesach hotels and schools for specialty events across the country.

In January 2004, he became a commander of the Legion of Honor, Poland’s equivalent of knighthood, receiving this award from the then Polish president Aleksander Kwaśniewski for his musical contribution to the international and Polish communities. He is the first Jewish cantor to receive this title.