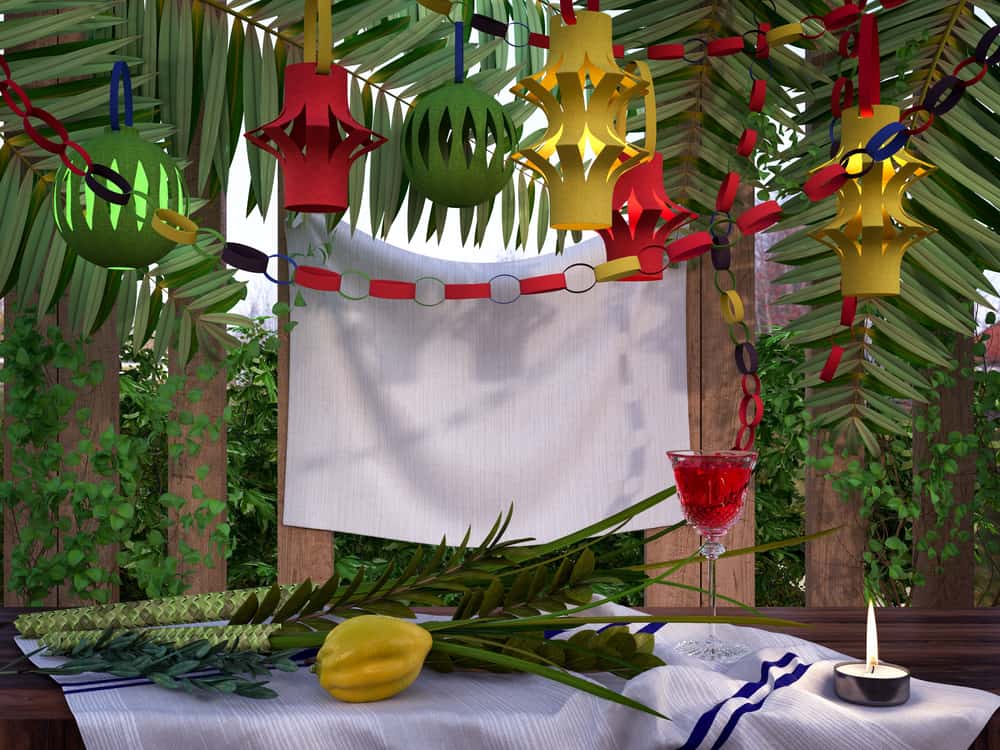 Sukkot is “the time of joy.”  It follows Rosh Hashanah and Yom Kippur, holidays of intense self-reflection, repentance and atonement.  The joy reflects the spiritual state attained upon completion of the Ten Days of Atonement, as well as the physical satisfaction in reaping the harvest, and celebrating the results of hard work and effort.

The halachot, or laws, of Sukkot, begin with the requirement of building the Sukka immediately following the end of Yom Kippur.  Ideally, the Sukkah has four sides. However, a Sukkah with two and a half or three temporary walls is also kosher and acceptable.  In keeping with the harvest theme, it is common to decorate the Sukkah with fruits and vegetables.  You may also see pictures of the “guests” of Sukkoth, also known as “Ushpizin,” hung on the Sukkah walls. Each day is dedicated to one of the guests, and honors the qualities for which they are known.   For example, Avraham, who is known for hospitality, is the first guest.  The other six are Yitchak, Yaakov, Moshe, Aaron, Joseph and Dovid Hamelach.

The top of the Sukka is covered with “S’chach,” which is taken from cut foliage.  In other words, you cannot build a Sukkah under a live tree and consider the branches and leaves S’chach.  The S’chach should be placed with sufficient space to see the stars, but not so much space that a man’s head could pass through.

We eat and sleep in the Sukka, which is a temporary structure reminiscent of the huts that the Jews lived in during their forty years in the desert after leaving Egypt.  The purpose of living in the Sukkah is to remind us that nothing physical is permanent.  It is given to us by Hashem and can be taken away just as readily.

In addition to the halachot relating to the Sukka, there is also the mitzvah of lulav and esrog. This originates from the offerings brought to the Beis Hamikdash (the Holy Temple) on the first day of Sukkoth.  The lulav is made of a closed palm frond, to which hadass, or myrtle, and aravah, or willow, are attached.  There is also the esrog, also known as citron.  The combination of these four items is known as “arbah minimum,” or the four species, and represents, among other things, the aspects of man, bound together to be of service to Hashem.

Sukkot is immediately followed by the holidays of Shemini Atzeres and Simchas Torah, which complete the celebration and takes us from the last parsha in the Torah, Ve-zoth HaBeracha, to the first parsha, Bereishis, reinforcing the circular nature of life. These nine days of joy can be celebrated in your own home and Sukkah, or enhanced by celebrating in a kosher resort with friends and family.