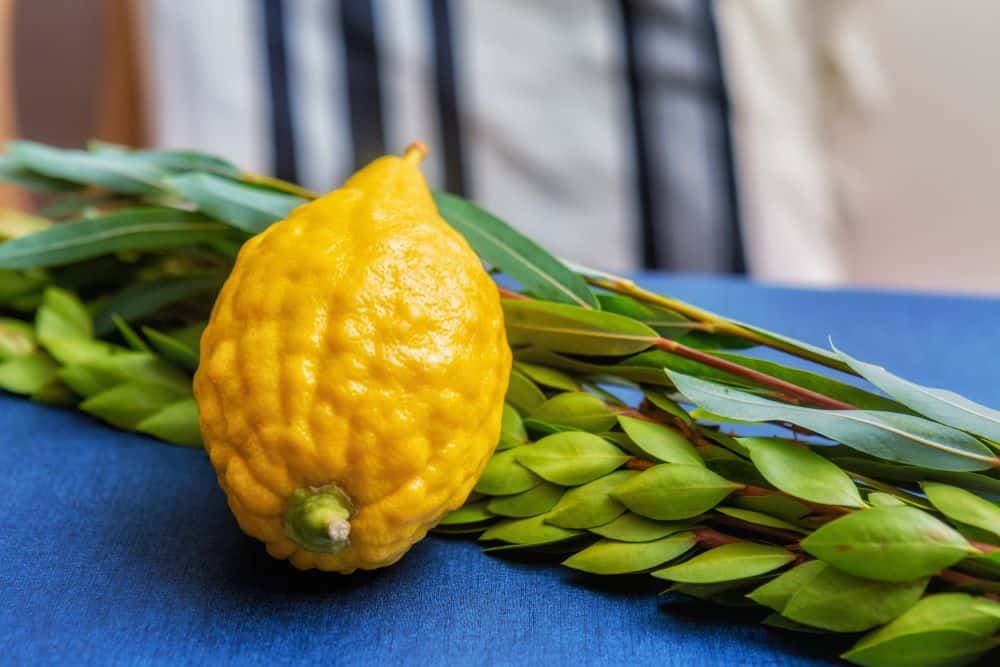 One of the key mitzvoth of Sukkot is waving the four species. The four species are listed in the book of Vayikra, in Parshat Emor. Two of them are described in a straightforward way: the lulav would come from a palm tree, and the arava would come from the willow. (I’m not going to get into more detail as to what to do with these branches – how long they should be, how many branches, etc.) The third one is a little trickier, as the text talks about branches of a leafy tree, and it is determined to be the myrtle tree that will be the hadas.

The fourth of the four species, though, is the most ambiguous.  The text mentions the fruit of a beautiful tree – but which one? I’ve always loved the blossoms of the cherry tree, so maybe we should take cherries with the lulav? Or even if not, the word beautiful is a translation of the Hebrew word Hadar, which in modern Hebrew refers to the citrus family. So maybe any citrus fruit would do?

Of course, we know today that the interpretation is that this is the etrog, also known as the citron. But still, it’s not exactly like the citron is the most popular fruit. Sometimes for school projects, I’ll see kids holding a fake lulav (made of paper or something), and the fake etrog will be… a lemon! That got me thinking: what would things look like if, instead of replacing the etrog with lemons, we replaced lemons with etrogs?

Imagine going to a restaurant, and you order a soft drink with ice. Instead of a lemon-lime soft drink, you get citron-lime! And instead of a refreshing slice of lemon, there’s a slice of etrog at the edge of the glass! You might also get fish and chips, except you’d be squeezing a wedge of citron over the fish before dipping it in tartar sauce. On a hot summer day, the local neighborhood kids are selling cups of fresh-squeezed citronade instead of lemonade. (Maybe Beyonce’s album is called Citronade instead?) If you buy a defective car, you’d call it a citron instead of a lemon, and we’d be wearing Lulu Citron. On television, we’d watch Liz Etrog, and in the theaters, we’d see Jack Citron (not sure that one technically counts, since it’s Jack Lemmon with two M’s).

Well, that was a weird alternate reality, wasn’t it? Maybe it’s a good thing that the etrog isn’t so popular since we get to treasure it even more as a member of the four species. So this year, whether you’re waving the lulav from the comfort of your own home or abroad at a kosher sukkot hotel, be glad you’re not using a lemon instead of an etrog!

Want to travel abroad to wave the lulav? Contact Leisure Time Tours to plan your next Sukkot vacation. Contact us today at 718-528-0700.