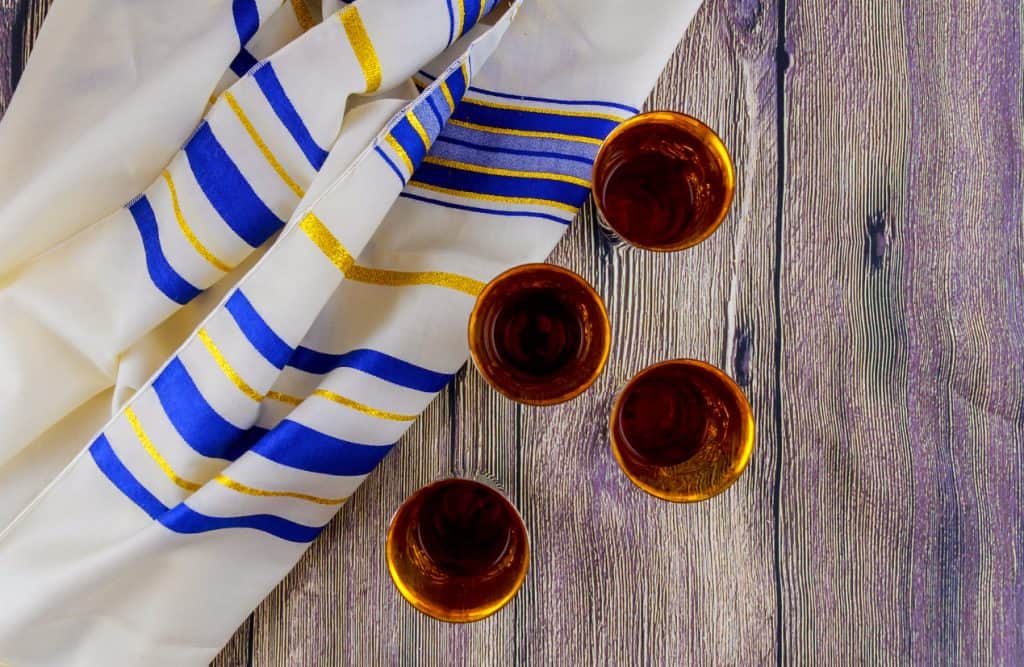 Okay, maybe that was a little much. But seriously, I’m starting to gear up for our exciting Pesach vacation by thinking about some themes and motifs in the Hagaddah. So let’s explore the number four, and all the ways it pops up on Pesach.

First of all, Pesach has four names: Chag Ha-Matzot (the Festival of Matzahs), Zman Cherutenu (the time of our freedom), Chag Ha-Aviv (the Springtime Festival) and of course Chag Ha-Pesach (the Festival of Passover). Each represents a different facet of the holiday: the centrality of matzah and the prohibition of eating chametz, the importance of Yetziat Mitzrayim and the birth of our nationhood, the beginning of the agricultural season and the korban Pesach and its once (and future) role in the Bet HaMikdash. Make sure to acknowledge all parts of the holiday!

Then, at the Seder itself, the number four pops up ALL THE TIME. There are four cups of wine, which represent a whole bunch of things, including the four words of redemption from Parshat Va’era: V’hotzeiti, V’hotzalti, V’ga’alti and V’lakachti – “I will take you out”, “I will rescue you”, “I will redeem you”, and “I will take you”. (Ronit says there are three more – v’eni v’idi v’ici – which is why we have to serve Caesar salad at the Seder. LOL.)

There are only three matzahs, but we break the middle matzah in two and so we have – FOUR matzahs. Bam.

Then of course we have the Four Questions. Reuven says that baby Zacky is now the youngest child in the family, but he’s only five months old so I don’t think he’ll be singing Mah Nishtanah this year. So the Youngest Child Mah Nishtanah Choir this year will be Reuven, Amanda, Ilana, Grandpa Yossi (the youngest of eleven children!!) and baby Zacky.

Oh, and the Four Sons! The Smart Son, the Wicked Son, the Simple Son and the Son Who Doesn’t Know to Ask. (I think the last one is a good fit for baby Zacky).

The last four we see in the hagaddah is the question “who knows four?” in Echad Mi Yodeah. The answer, of course, is the four mothers. And now that Shira has little baby Zacky, the Silver/Jacobsen/Blum clan will have four mothers going to our Passover hotel in Florida!

Let’s move on to the number five. Here are Five Reasons Why a Passover Vacation is For You.