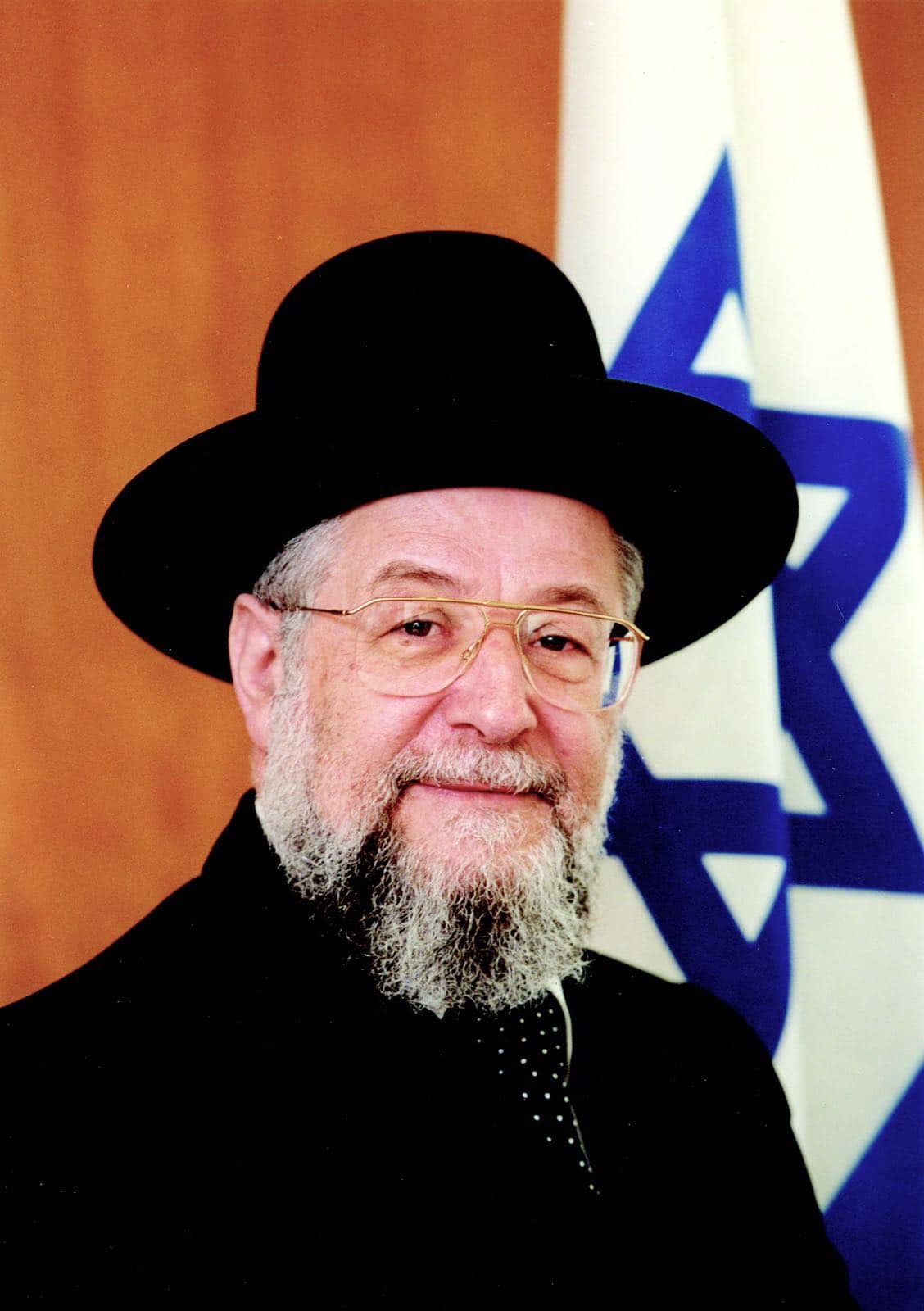 Rabbi Yisrael Meir Lau is the Chief Rabbi of Tel Aviv and the former Chief Rabbi of Israel. He served in that post from 1993 to 2003. He comes from a long line of rabbis, as the Southwest Orlando Jewish Congregation reports that he is the 38th generation of rabbi in his family.

According to Yadvashem.org, Rabbi Lau was born in Piotrkow Trybunalski, Poland in 1937 where his father, Rabbi Moshe Chaim Lau, was the town’s Chief Rabbi. His father died in Treblinka extermination camp after most of the city’s Jewish population was deported to the camp in 1942. While Rabbi Yisrael Meir Lau escaped Treblinka, he was later sent to Czestochowa, a slave labor camp at the age of seven, and later to Buchenwald. At the age of eight, American forces liberated him from Buchenwald.

From there he immigrated to Mandate Palestine, where he began studies in Kol Torah under the tutelage of Rabbi Shlomo Zalman Auerbach. He continued his studies in Ponsvezh and Knesses Chizkiyahu before being ordained as a rabbi in 1971. Over the years Rabbi Yisrael Meir Lau has taught and served in many rabbinic posts and synagogues before being appointed Chief Rabbi of Netanyah.

As a Holocaust survivor, Rabbi Lau travels extensively making appearances and speaking about his experiences. His best-selling autobiography, entitled, “Do Not Raise Your Hand Against the Boy,” also delves into those childhood experiences. His book has been translated to English under the title, “Out of the Depths: The Story of a Child of Buchenwald Who Returned.” While Chief Rabbi of Israel, Rabbi Lau worked to strengthen ties to the Catholic Church. He is Chairman of the Yad Vashem Council and recipient of the 2005 Israel Prize for Lifetime Achievement.

Leisure Time Tours is delighted to welcome Rabbi Yisrael Meir Lau as the Scholar in Residence at the California Park Hotel for Passover and believes all guests will find his words inspiring and enlightening. You’ll have a hard time finding better scholarship or luxury for your Passover travel than our kosher hotel in Tuscany.