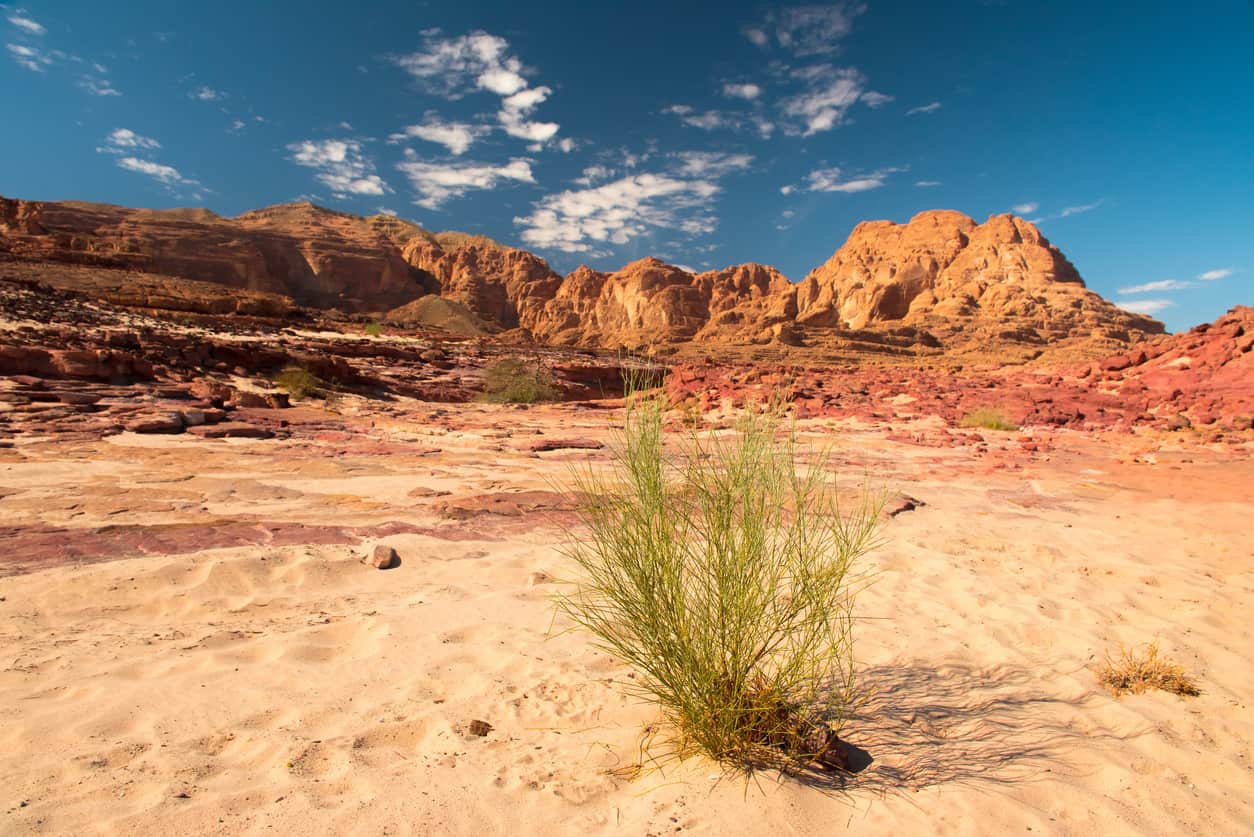 Yesterday I was looking at a beautiful watercolor painting of a desert that my daughter Ronit made in art class. (Also, is it weird to make a watercolor of a waterless desert?) For some reason it got me thinking about the connection between the desert and the holiday of Pesach. I know that in the past I’ve posted the recipes for my top ten favorite Pesach desserts (number 6 will surprise you!), but today I’m going to write about Pesach and the desert (that’s minus one S).

The first connection, obviously, is historical. The story of the exodus from Egypt happened in the desert, when Hashem took us out of bondage. The beginning of the story is the Egyptian desert, where the Jews were enslaved and oppressed, and the end of the story is in the Sinai desert, after we witnessed the Ten Plagues and crossed the Yam Suf and began our journey to peoplehood and to the giving of the Torah at Mount Sinai. So the desert obviously evokes a very visual and geographic feeling when it comes to Pesach.

On a deeper level, though, there’s more to the connection between Pesach and the desert. After all, a desert doesn’t have to be made of sand. For example, the arctic tundra also qualifies as a desert, even though it’s cold rather than hot, and snow rather than sand. (Did you know that the two largest deserts in the world are actually Antarctica and the Arctic??) In fact, what really makes a desert is the lack of life, the isolation, the loneliness.

The sense of being alone is a deeper, more powerful connection between Pesach and the desert, a connection that goes beyond mere geography. At the beginning of the exodus story, the Jews are in the Egyptian desert, but even though they’re amid a bustling metropolis of the ancient world, they’re still alone; they are oppressed, they are apart from each other, they are powerless. At the end of the story, they are in a different desert, but now it’s a different kind of alone; they are together as a people, having witnessed miracles and wonders, but now they are apart from the other nations, only seven short weeks away from receiving the Torah and becoming Hashem’s chosen people.

So the next time Pesach rolls around, think about the desert and what it means to be alone, to be separate. Last Pesach we were in Florida, which isn’t exactly a geographic desert, and while we don’t know where we’ll be next Pesach, I do know that our friends, the Feinsteins, will be spending Pesach 2018 in the desert of Arizona on a fun program. Still, regardless of whether you’re in a physical desert, next Pesach you can still experience a spiritual desert.

Enjoy Pesach with your family and let us take the hard work out of planning. Call Leisure Time Tours today at 718-528-0700 to learn more about our kosher Pesach family vacations.