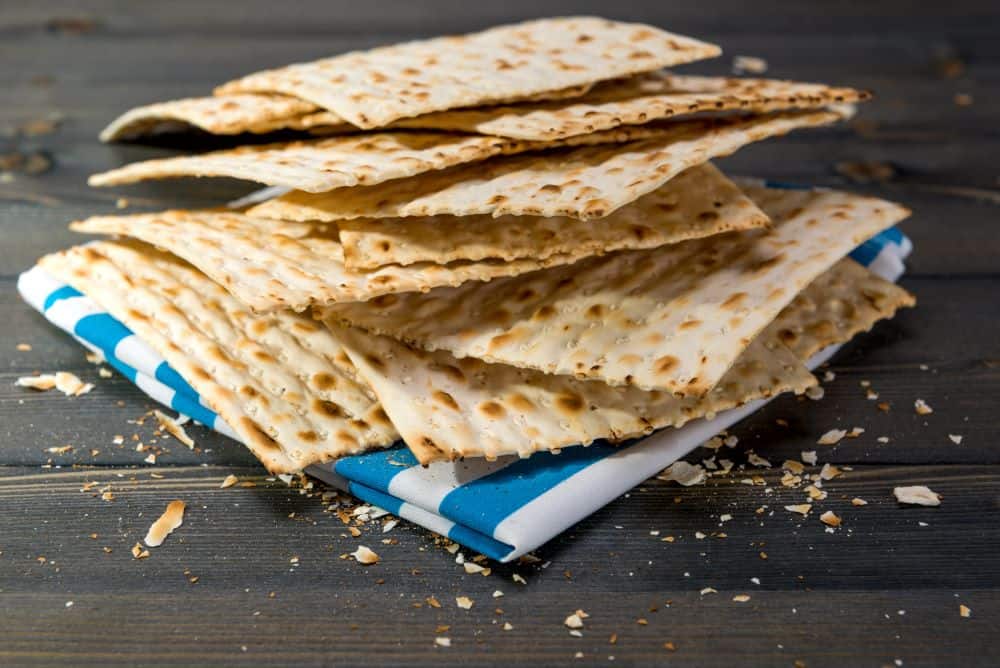 A popular story about the invention of the sandwich involves an English nobleman titled the Earl of Sandwich, after whom the sandwich is obviously named. In the story, the Earl asked for his meat to be brought between two pieces of bread, such that he could eat with one hand and continue playing cards with the other.

The story would explain why this food item would come to be known as a sandwich (when there are clearly no sands or witches involved!), but it wouldn’t be the first recorded sandwich in history! In the Pesach Haggadah, we read about Hillel, who would put a slice of meat from the Pesach sacrifice between two pieces of matza, garnish with some marror, and eat a very Pesach sandwich in that way! Now, I don’t think that Hillel was doing that so he could play cards, though expedience might have been somewhat of a consideration. It’s also possible that the Hillel sandwich has a symbolic meaning, as it allows us to eat the three symbols of Pesach (Pesach, matza, and marror, according to Rabban Gamliel) at the exact same time. At our seders today we only eat two of the three ingredients in the Hillel sandwich, as we put marror between two pieces of matza but obviously without a slice of the Pesach sacrifice. That’s got to look a little strange, like eating a hamburger bun with a slice of lettuce but no patty in-between! In that sense, the Hillel sandwich is mostly symbolic today and has low nutritional value as well!

Sandwiches are obviously tricky on Pesach since there is no bread, but that doesn’t mean we shouldn’t try! My kids will make a sandwich with matza and put deli meat inside. Mostly its just matza-meat-matza, but sometimes I’ll see them go for the works – lettuce, tomato, onion, pickles, mayo, ketchup. And then they take a bite, the matza cracks and everything starts to fall out. There’s nothing like a good piece of bread, but for seven days there’s nothing like a good piece of crunchy matza.

Another Pesach option I guess is to use a non-chametz flour, like potato flour, to make fake bread for sandwiches. I haven’t tried them myself, and a lot of them look like they are made with kitniyot, so be careful when purchasing potato bread if you find it. It looks a little spongy and smells more like latke than a roll, but I would guess that texture-wise it would make for a better sandwich experience.

On the seder nights, we eat the Hillel sandwich leisurely, taking a small bite before the full meal at the Shulchan Orech that comes immediately after. On the rest of Pesach, though, you might want to eat a sandwich so you can go and do stuff, whether it’s in the relaxing environment of a kosher Passover hotel, in the comfort of your own home, hiking or exploring out in nature, or anywhere else you might go on a glorious spring day. Though hopefully, you’re not making a sandwich just so you can play cards!

Thinking about traveling for Pesach? Let Leisure Time Tours help you plan your next vacation! Give us a call at 718-528-0700 to learn more about our vacation packages.